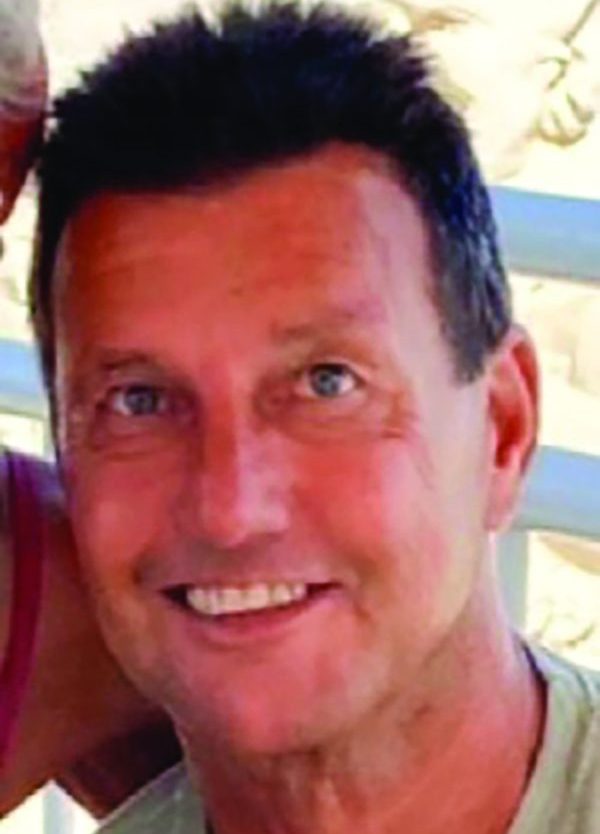 Welcome to the “Greatest Show in Sand” and a family of Master Sculptors. They will wow you in every way imaginable with their talent and skills by taking just tiny grains of sand and water and turning them into unique sculptures before your very eyes. It’s unimaginable what these folks endure from Mother Nature through days of almost all types of weather conditions that can be thrown at them and then producing such amazing works of art! Why would a person do this? Well it’s simple!  To be crowned the “Greatest” of the “Greatest Show in Sand” and maybe taking hope that combined 1st Place and People’s Choice purse of a $7,000.00 helps motivate them a bit as well! Be sure to vote for your favorite Saturday 1-3 pm. For more information on sponsorship or your own sand creation contact me at: [email protected].   Please be sure to thank our sponsors who make this Free event possible. 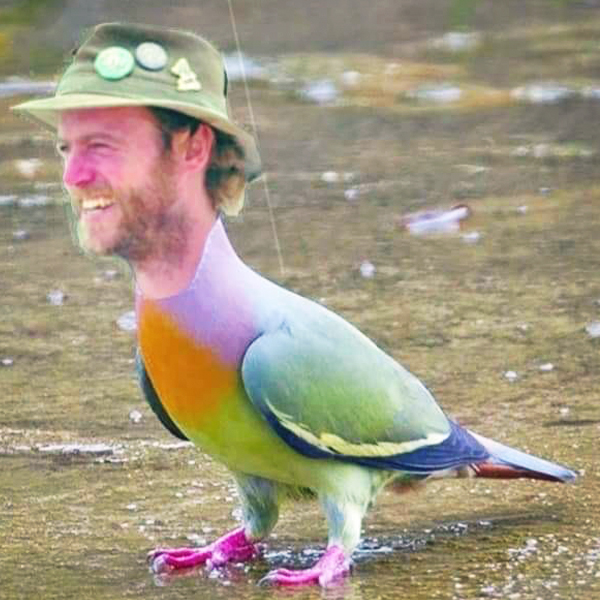 Abe Waterman, of PEI, Canada, is back on Hampton Beach this year to defend his heavyweight title from the throng of hopeful sand sculptors. In order to achieve this end, to keep the championship belt of glory, he is determined to stop at absolutely nothing. no, wait, that should read “anything;” he will stop at anything; a slight breeze, a passing kitten, an interesting cloud in the sky, and particularly a cool, refreshing beverage. Yes, that’s it; how about everyone just grabs a nice refreshment and enjoys good company and the splendors of Hampton Beach, and maybe we can all just get along. 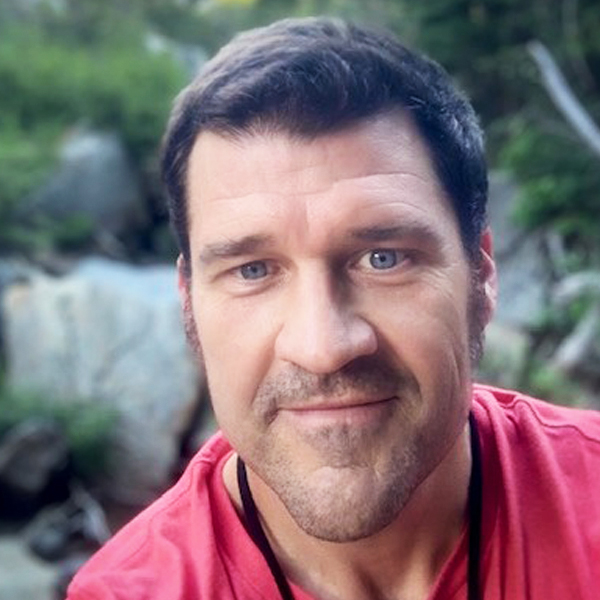 Rusty Croft’s public art career started off with the world record setting sand sculpture, “The Lost City of Atlantis” in San Diego in 1997. That same winter he helped create the monumental white ice sculptures at Beaver Creek ski resort in Colorado. Since then he has traveled the world sculpting sand, snow and ice, winning awards and accolades along the way for corporate and private clients. In 2010 Sand Guys International born, and soon after had their own T.V. show on the Travel Channel. The show, “Sand Masters” chronicled their adventures in sand for two years for a total of 29 episodes. Working in locations as varied as New York, New Zealand and Palau, the Sand Guys have been commissioned to create sculptures in over 30 different countries. Since its premier, “Sand Masters” has been translated into Spanish, French and Italian airing throughout the Asian-Pacific rim and Europe, Sand Guys client list includes some of the highest profile businesses in the world, including Apple, Disney, Google, Facebook, Pixar, Lucas Film and Legoland. In 2014 the Sand Guys achievements literally reached “new heights” when Caterpillar hired them to create the new Guinness Book of World Records “tallest sand castle,” in Rio De Janeiro, Brazil. Leading the Sand Guys team Rusty has been featured on the Today Show, Good Morning America, Hell’s Kitchen, The Rachel Ray Show and Home & Family. He has also appeared on every episode of “Sand Wars” and “Sand Blasters,” on Discovery Channel. The Sand Guys have also been featured in several national publications including The Wall Street Journal, SunSet Magazine, American Lifestyles, Kinfolk, and AARP Magazine. 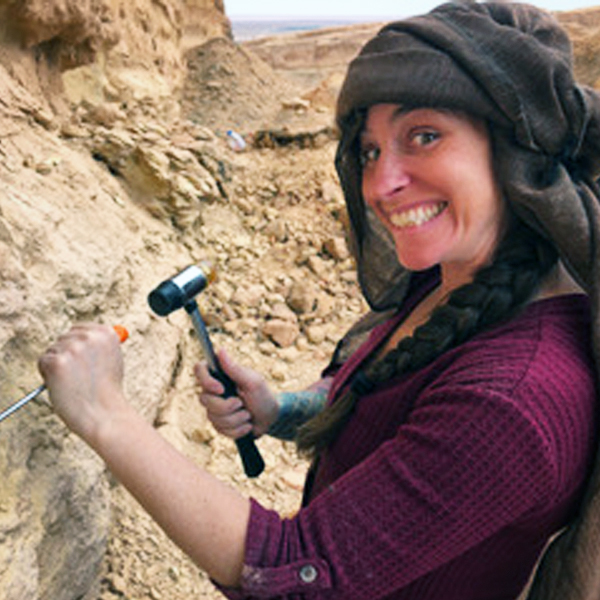 Being the runt of the litter from a family of sculptors, Melineige Beauregard has been constantly vying for that number one position. After finally clawing her way to the top of the sand sculpting food chain, she now tries to beat her incredibly talented boyfriend, Chris Guinto…who is awesome in every way. Unfortunately for her, this impossible task has been an arduous journey of tears & hardships leading absolutely nowhere. The end. 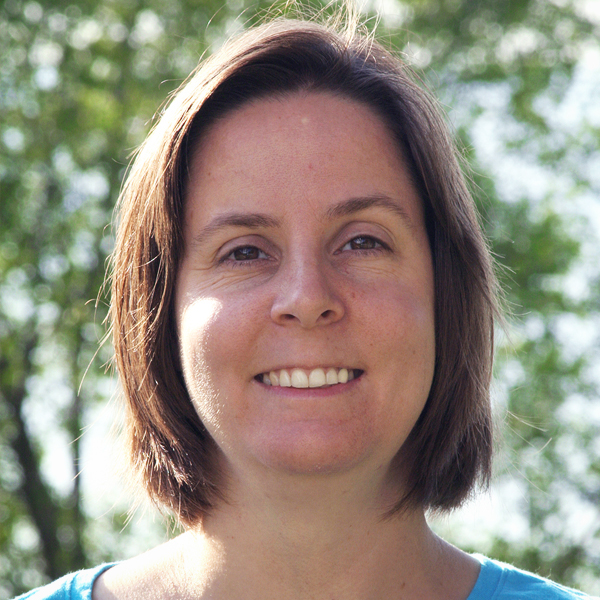 Karen has been creating sand sculptures for 28 years! She has no formal art training, but always loved sculpting in multiple mediums before she discovered sand. Her passion, curiosity and many incredible mentors lead her to embrace this unusual career. In 1998, she entered her first international sand sculpting contest and by 2001 she was working full-time as a free-lance sand sculptor. She specializes in fantasy and whimsical themes, but she loves a challenge! To date, Karen has competed in over 145 Masters Level International sand sculpture contests, winning 28 First Place Titles, as well as 5 World Championship titles. Her work takes her around the world, collaborating with friends, festivals and companies in Canada, the USA, Japan, Mexico, Italy, Holland, Spain, England, UAE, South Korea, Taiwan, and Australia. Karen has a black belt in Tae Kwon Do and enjoys playing any sport. She is also a mega-nerd, especially regarding Star Wars! 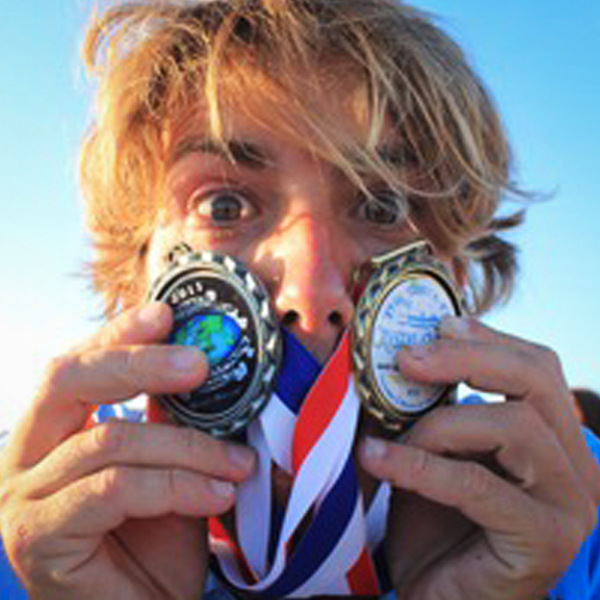 ‘If you ain’t first, you’re last.’ This has been the family mantra since granddaddy Guinto invented fire and Chris continues to carry that torch to this day. Evident in his sculptures in which millions have made pilgrimages to witness, words like “Supernatural”, “Divine providence” and “Number one on my bucket list” are often used to describe his sculptures. In a nutshell, as Chuck Norris once said: “Sculpting? I leave that to Chris Guinto. 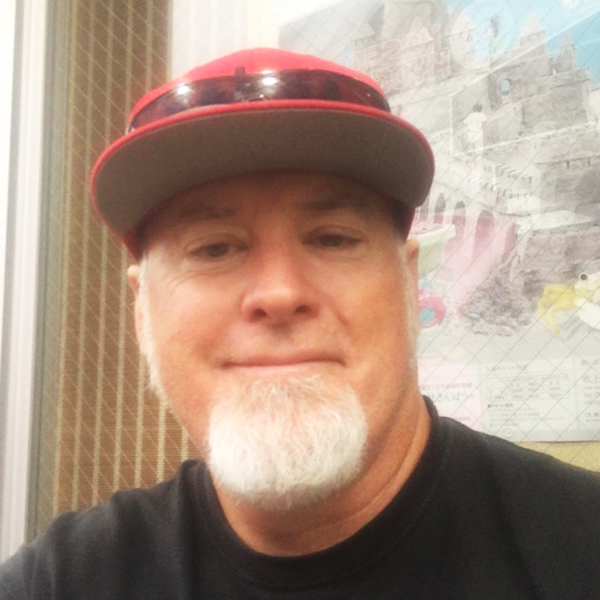 Bruce has been involved in the art of sand sculpting for over 30 years. He has created sand sculptures at festivals and competitions from Japan to the Netherlands and Canada to Columbia. His sculpting style leans towards the abstract side but enjoys all facets of sculpting in sand.
In addition to sand Bruce is a fabricator for other artists. He brings their concepts to life from small to very large in a wide verity of materials. Some of these sculptures even seem to fly like the sculpture the “angel” that is hanging 20’ up in the air in the main train station in Zurich, Switzerland.
Bruce says he has enjoyed watching sand sculpting evolve into a major performing arts attraction. And performance is what he’s all about. Because some of the other media that he’s involved in are steel, iron, aluminum, fiberglass, glass, rubber, gasoline and oil….have you guessed….rolling works of art that some people call hot rods and custom cars! 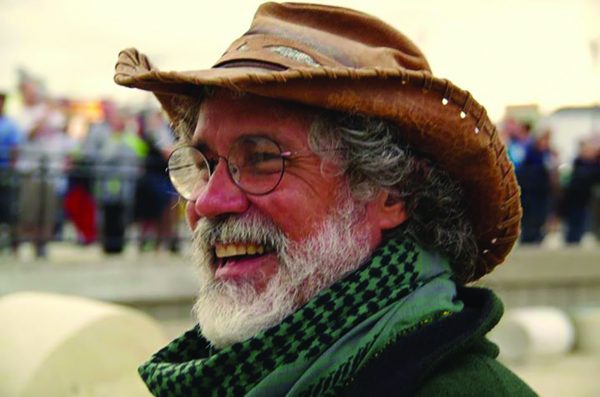 Justin is a self-taught sculptor and wood carver since 1974 and professionally since getting laid off from his engineering job in 1991. Justin now sculpts in 8 medium: ice, snow for ski areas, clay for ceramics and bronzes, wax for the jewelry industry, stone, foam, wood, and sand. Sand sculpting has taken Justin from Oman and Kuwait to Taiwan, to England, and all over the US and Canada. He also does annual sand sculptures at the Topsfield Fair, the Hampton Beach Masters Sand Sculpting Competition, and the Champlain Valley Fair in Essex Junction, VT. On occasions Justin has also done giant scale tree carvings using chainsaws and chisels for Storyland in NH and private commissions. Now Justin mostly concentrates on sand sculpting and wood carvings of architectural carved elements, custom clock cases, gun stocks, and figurative sculptures from fine art to caricatures of people for display or bronzing. But he’ll consider any commission request. He’s also an active member of the New England Wood Carvers and the New England Sculptors Association and teaches wood carving in Groveland. See more of Justin’s portfolio at: www.ElwinDesigns.com 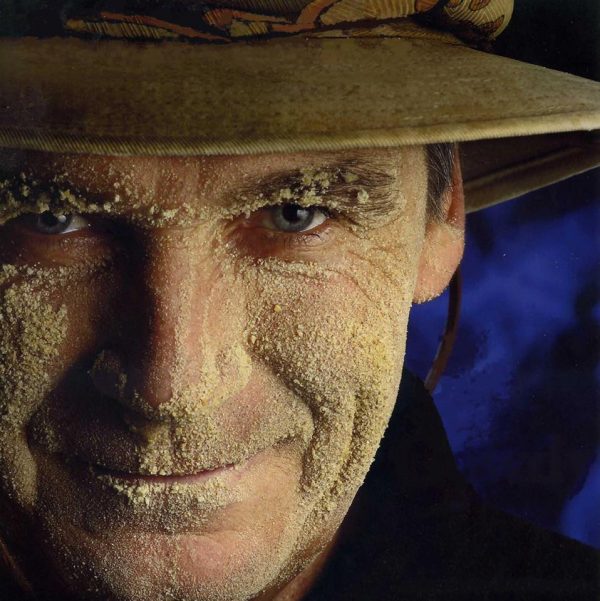 John sculpts sand, marble, and paints portraits for audiences around the world. He is a retired fire fighter having worked 27 years in The Fire Department of Atlantic City, New Jersey, USA where he was born. He earned the rank of Captain and was placed in charge of the Rescue and Special Operations of the city.  He has also worked for 7 years as a beach lifeguard in Atlantic City.

John has been sculpting sand for over 33 years and has a sand sculpture company “Sand Sculptures by John Gowdy & Company LLC”. He and his teammate and wife, Laura, have managed The Sand Sculpting World Cup Competition in Atlantic City, NJ. They have been invited to The Vatican to sculpt sand for Pope Francesco and have worked for The White House Commission of Remembrance on the beaches of Normandy, France!

He has earned many international and world titles in sand sculpture:

And many more awards in many other countries around the world such as Italy, England, Peru, Qatar, Taiwan, South Korea, Canada, Japan, to name a few! 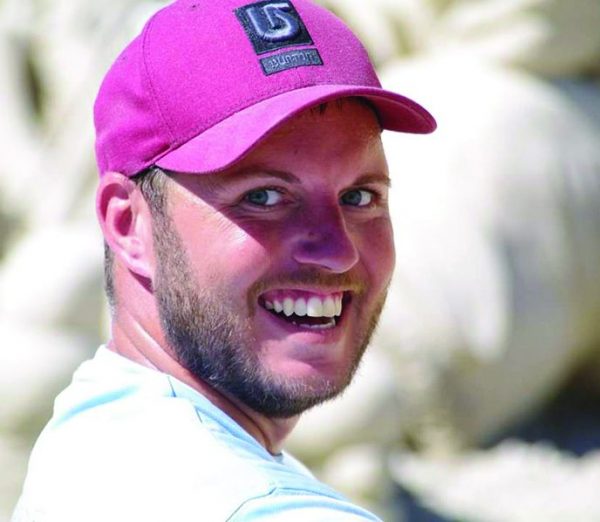 New Hampshire native and Marine Corp veteran, Greg is a second generation self-taught artist that has learned from the best of the best. Tagging along with his dad from an early age his Irish luck would have him apprenticing under the world’s best sand sculptors, playing in the biggest of sand boxes, and traveling to beaches across the globe, a creative pilgrimage, exploration and study into the world of sand sculpture. A passion for sand had turned into a career and over the past 16 years Greg has made sand sculptures for just about every event imaginable and has competed professionally around the world. Greg love what he does and feels blessed to be a part of such a wondrous art form and community. For more information reach out to Greg at: [email protected] or contact us for your own creation. “If you can dream it, we can sculpt it.”
Website:  ItsJustSand.com 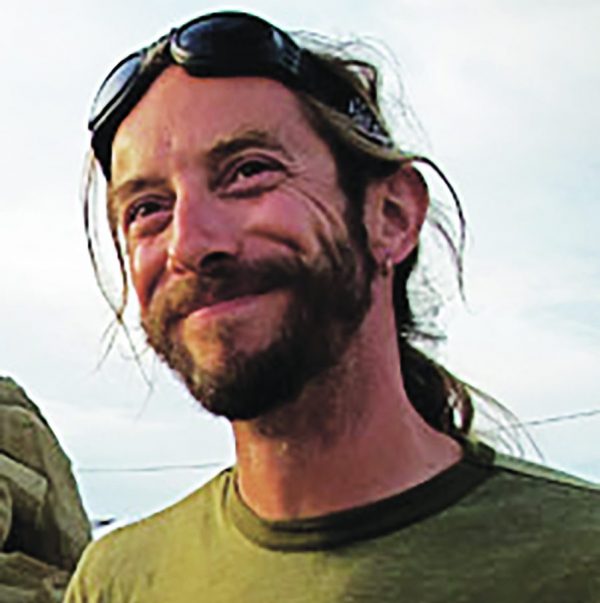 For most of my life I’ve pursued that narrow line between public acceptance and pure expression, all the while adhering to the whims of a delicately balanced, often temperamental material and its physical boundaries. I’ve striven to illustrate the profound changes, moments, and efforts of my own personal narrative, in a fashion that thinly veneers a true translation, while maintaining a familiarity to my audience. For me, the moment of its realization, combined with the raw, arduous nature of the art form itself, and the intimate connection with the vicarious viewer, redeems my connection to the creative spirit that underpins the definition of fine art.
Carl D. Jara
artcleveland.com 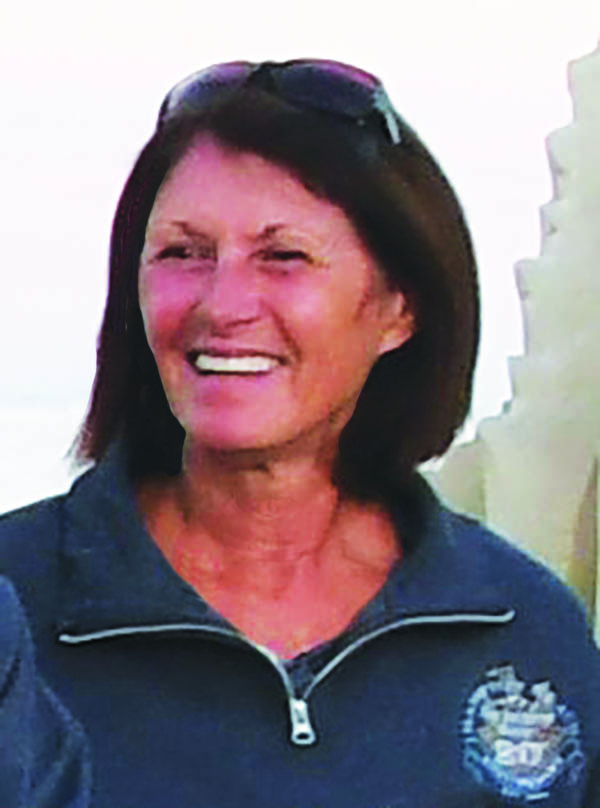 So why not stop by and say hello to Darlene and get a quick lesson or just a few pointers on your next creation at the beach. Darlene has been helping the public understand the basics of sand sculpture for over 20 years here in Hampton and is always willing to share her experience with groups and families to teach them how much fun playing in the sand can really be. Signups here are limited but if you would like to contact her or check out some of her other creative paintings and other art works go to: WhatIlearnedatthebeach.com.